May 29, 2018 | Charles Solis | Comments Off on Athletic Talent: Every Child’s Birthright | Posts

2018 is turning out to be quite a year for watching extraordinary athletic skill on display. It started off with my beloved Philadelphia Eagles stunning fans of American football with their wonderful display of athleticism and grit as they surprised everyone and won the Super Bowl. Then there was the Winter Olympic Games in South Korea earlier this year. Then, Philadelphia’s Villanova Wildcats basketball team steamrolled every opponent they faced to win the NCAA championship. And this summer, the best football (soccer) players in the world will test their skills at the FIFA World Cup in Russia.

When we watch athletes perform at such a high level we marvel at their technical skill, balance, coordination, stamina, and strength. Even those athletes who fail to medal or make the starting team are inspirational to watch because all of them are operating at a level of physical ability that most of us can only dream of reaching. Or are they? Is their talent for skiing, snowboarding, ice skating, running, kicking, throwing, something that is available only to a small number of gifted people? Or are all of us potentially capable of performing at high levels of physical excellence? If so, what does it take to get to the highest levels? 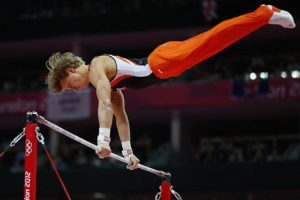 To answer those questions we need to look beneath the surface of the athletic performance because there is far more going on than meets the eye. What most people don’t realize is that for every one of these athletes, behind the scenes, there is a highly developed and finely tuned brain directing those bodies. We have such a tendency to think of the brain only in terms of its cognitive or intellectual prowess. This became very clear to me a few years ago when my brother suffered a stroke that left him with significant motor problems while his cognitive abilities remained intact. Despite the loss of motor function, which is only possible because of the brain, many people said to me that it was a relief to know that his brain wasn’t damaged! What?!!

Of course, there are good reasons for our focus on cognitive function.  In comparison with other mammals, our abilities to create, reflect, analyze, and communicate are unmatched. We can’t say the same thing about physical ability. The elephant is stronger than the strongest human. The cheetah, at 70 mph, can easily outsprint even the fastest of Olympic sprinters. Gold medal winner, Usain Bolt was clocked at just under 28 mph in his fastest race so the cheetah easily doubles his speed. The point is that when it comes to specific physical skills like speed and strength we’re really not so special. So it is easy to take human mobility for granted. 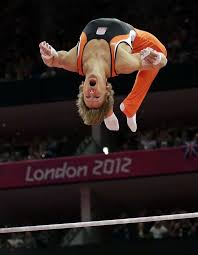 What is beautiful about sports and athletic endeavors, in general, is that they spotlight the combination of human mobility with human cognition and the incredible level of brain development necessary to make those sports possible.

My father was a gymnast so I’ve long been a fan of Olympic gymnastics. Many years ago I taught gymnastics to very young children. The combination of coordination, balance, kinesthetic awareness, strength, speed, agility, and flexibility needed to perform gymnastic routines is mind-boggling. However, what I really appreciate about the sport is how it combines all of those physical attributes with extraordinary creativity. For a stellar example of this, check out this gold medal performance by Epke Zonderland (Netherlands) on the high bar in the 2012 London Summer Olympics. It was so spectacular that it left the crowd gasping in awe and compelled his two closest competitors to embrace him in admiration.

This is brain development and organization at its highest level. What all elite athletes have in common is that they are devoted to developing their brains. Most likely, very few of them are even aware that this is what they are doing. But that is the bottom line. It all boils down to the basics of good brain development.

If you’ve been following this blog this will sound quite familiar. If not, check out my post on Harnessing Brain Plasticity. The use of function with increased frequency, intensity and duration results in increased dendrite growth, increased neural connections and increased production of myelin. Translation? Practice, practice, practice. Try, fail, make corrections, and try again. This is neuroplasticity in action. It creates the neural pathways required for learning new skills and cements those skills into memory. This is how you grow the human brain! 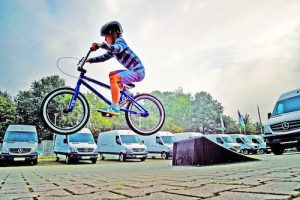 So where does that leave your kids and the rest of us who are not elite athletes? Well, surprisingly, provided that our brains are functioning well it leaves us in pretty good shape. The truth is that each of us is capable of being his or her own Olympian. Our objective is to give children the opportunity to develop to their full potential whatever that might be. We do that by ensuring that their brains are well developed and functioning well. Two things are required. First, we must develop the function of mobility along the ancient progression (tummy crawl, creep, then walk) that is most advantageous for both good brain development/organization and good physical function. Second, we must use the function of mobility with sufficient frequency, intensity and duration. Do that and your kids will be in good shape. They’ll have the coordination, balance, stamina, and strength to enjoy any athletic endeavor they choose. They’ll have athletic talent.

I’ve said this before but it bears repeating. Does this mean that every child will grow up to be a superstar? Not at all. But becoming a superstar in any endeavor, especially in childhood, isn’t the objective. At least it shouldn’t be the objective. It’s certainly not our objective. Our contention is that every child is born with the birthright to be an athlete, not an Olympian. There is a big difference between having talent and having superstar talent. How far a child takes their physical talent will depend on things like their passion for a particular sport, their individual motivation (not your motivation!), their level of discipline, the kind of coaching they receive, etc. Our job and your job is to give them the springboard from which to launch. If we do that well they’ll have tons of physical options to choose from and we’re perfectly happy to let the kids decide where their athletic talent leads them!