If you’ve been following along since we started posting about the science of child brain development, you now know far more than most parents do about what is actually driving all of those amazing changes in ability that you see in children in the early years of life. So far we have looked at two simple laws that govern brain development.

The first law is the very basic law of nature that says that function determines structure. The end result of this law for us is that the human brain grows through use in very much the same way that muscles develop and grow when we get regular exercise.

The second law is a basic law of neurology that influences how effectively information (stimulation) can reach the brain. The law states that in order to increase the transmission of nerve impulses across the central nervous system, you must increase the stimulus in frequency, intensity, and duration. 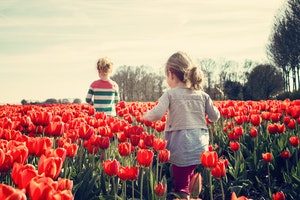 By applying this law we can ensure the growth of new neurons and dendrites and the production of more myelin. This increases the speed with which the brain takes in and processes information, turning the brain into a neurological superhighway.

The third and final law that we want to look at is also something quite simple. Just like the other two laws it has a tremendous effect on brain development and the development of functional ability. The third law says… where there is a need, there is a facility.

Doctor Temple Fay, the brilliant neurosurgeon who pioneered many of the ideas that form the foundation for much of what we do, was one of the first people in the medical field to relate this idea to the brain. Speaking about the development of speech in early humans, Fay said, “Man came to speech and verbalized means of communication not by extra cortical cell layers alone but because of the physical contours of the face, jaw, teeth and tongue. Which came first – the chicken or the egg? We may be sure that first there was a need, and then a facility!* Nature is an opportunist! Can you blame her for wanting to put “words” to “song”? *my italics

When saying that nature is an opportunist, Fay was referring to the well established biological phenomenon known as opportunism. An opportunist organism is generally defined as a species that can live and thrive in variable environmental conditions, and sustain itself from a number of different food sources, or can rapidly take advantage of favorable conditions when they arise, because the species is behaviorally sufficiently flexible. The human species, homo sapiens, is a master at adaptability. 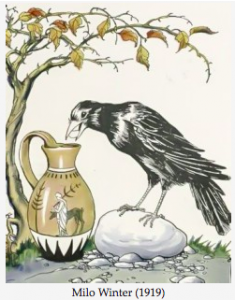 Here’s another way to think about this law. Remember Aesop’s Fables?

One of Aesop’s most popular stories is The Crow and the Pitcher. Here’s the text of the fable (translation by George F. Townsend, the standard in English since the 19th Century):

A Crow perishing with thirst saw a pitcher, and hoping to find water, flew to it with delight. When he reached it, he discovered to his grief that it contained so little water that he could not possibly get at it. He tried everything he could think of to reach the water, but all his efforts were in vain. At last he collected as many stones as he could carry and dropped them one by one with his beak into the pitcher, until he brought the water within his reach and thus saved his life.

Necessity is the mother of invention.

The expression “necessity is the mother of invention” is another way of saying that “where there is a need, there is a facility”! So, how does this law work in the brain and in the development of functional abilities? Basically, what the law means is that before a baby can develop an ability there must first be a need for that ability. Increase the need and it is more likely that the function will develop. Decrease the need and it is less likely that the function will develop. While the law applies to the development of both sensory and motor functions, it is particularly applicable to the motor functions of mobility, language, and manual ability.

To give you a sense for how this plays out in everyday life, here’s a scenario that we encountered many years ago. It’s happened a number of times since. A friend, the mother of three young children, contacted us concerned that her youngest child was not speaking. He was nearly three years old so she had some good reasons to be worried. Because functional problems rarely occur in isolation, we asked her about his other abilities. Was there anything else about his development that concerned her? No, everything else was going beautifully. He was well coordinated, bright, curious.

Basically, he was developing very well in every way… except speech. That was our first indication that the problem might not be in him but in his environment. So, we got together so we could spend some time observing him and the family dynamics.

We found that, just as his mother had said, his development looked really good in every way except for the fact that he didn’t speak. He could communicate with gestures and the occasional sound but didn’t say any words. We also found that his older brother and sister doted on him constantly, making sure that he was always happy, and serving as his interpreter.

He had virtually no need to speak because his brother and sister spoke for him! And he was perfectly happy to go along for the ride! So, the good news was that there was really nothing to be concerned about. He was, in fact, developing very well. He just needed more need to speak. We talked about that with his mom, gave her some ideas for how she could increase his need to speak, and within a few months she couldn’t keep him quiet!

One of the popular parenting trends today is teaching baby sign language. Sign language is a wonderful form of communication for children who are deaf and who do not have the potential to develop spoken language. It can also be helpful for removing frustration from children who are struggling with the development of spoken language. Of course, a baby can learn how to sign just as easily as they can learn almost anything else. Indeed, most babies will develop their own sign language all on their own. Pointing fingers and reaching out with arms are perfect examples. But, when used with a baby who has no hearing problems there is a very real risk of delaying spoken language when signs remove the need for speech. And there is really no reason to take this risk if your baby is developing and functioning well. It’s a fad that we discourage because of this. 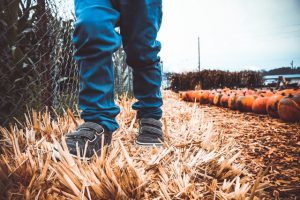 The same process that happens in speech is also at work in the development of mobility and manual ability. Here’s another great example of this. Since the development of velcro, and its use in the manufacture of shoes and sneakers, the age at which children learn to tie shoes has been dramatically delayed.

Most likely you’ve heard the expression “dumbing down”. It means the purposeful lowering of standards and expectations and is usually used in reference to intellectual and academic pursuits. This is a physical version of dumbing down. The issue is further complicated by the fact that so many children today are using iPads and iPhones. We often hear people marvel at the fact that a young child can tap an icon on the screen of an iPad and knows how to swipe their finger from left to right. What?!! Seriously?!!

So, the moral of the story is really quite simple. If you want your child to develop the sophisticated motor abilities that lead to independence, you have to make sure they have enough of a need to develop those abilities.

This means stepping back and allowing your child to learn through trial and error. It means slowing down and taking more time, because learning how to use motor ability takes time. It means you either have to allow more time to get ready to leave the house or you will probably be late occasionally, perhaps often, because letting your child button his buttons and tie his shoes (instead of you doing it for him!) takes time.

When you get anxious because you are not getting done what you think you should be getting done, sit down with a nice cup of tea and remind yourself that it is a good thing to slow down and smell the roses. And know that you are participating in the greatest adventure of them all, the miracle of your child’s brain under construction.